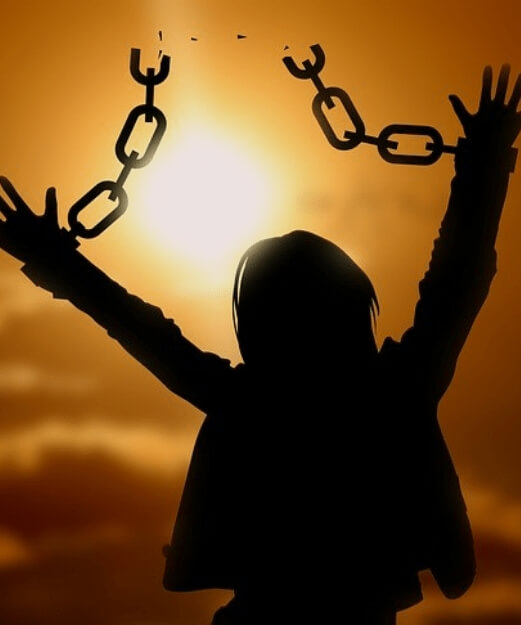 Trying to hold on what has no capacity to give you productivity, growth and progress??Let’s take a small mind journey, to the nation of Israel. Now, there are phenomenal tourist attractions in this Country, which show case the events in the bible, which are very important to any believer. Thousands of Christians travel to the Holy Land each year, to walk in the footsteps of Jesus From Kidron Valley, Church of the Holy Sepulchre, Citadel, Wailing Wall, Via Dolorosa, Mount of Olives to the Dead sea are just but a few sites. Some reading this, have been to this magnificent Country, others are actually residents while others like me, are planning to travel very soon.

Now, while studying about the life of Job, God actually took me to Dead Sea and I was like, what does Dead Sea got to do with this study???For those who have never heard about the Dead Sea, let me elaborate some facts about this water body, which stretches along Three Countries Israel, Jordan and Palestine.

The Dead Sea is one of the world’s saltiest bodies of water and its main tributary is the Jordan River. This makes it a harsh environment for plants and animals to flourish. Hope now you have a rough Idea of why it’s called Dead sea. It only has an inlet but no out let, so where am I going with all this???

In the book of Job 42:7-14 After the Lord had finished speaking to Job, he said to Eliphaz the Temanite: “I am angry with you and your two friends, for you have not spoken accurately about me, as my servant Job has. So take seven bulls and seven rams and go to my servant Job and offer a burnt offering for yourselves. My servant Job will pray for you, and I will accept his prayer on your behalf. I will not treat you as you deserve, for you have not spoken accurately about me, as my servant Job has.” So Eliphaz the Temanite, Bildad the Shuhite, and Zophar the Naamathite did as the Lord commanded them, and the Lord accepted Job’s prayer. When Job prayed for his friends, the Lord restored his fortunes. In fact, the Lord gave him twice as much as before! Then all his brothers, sisters, and former friends came and feasted with him in his home. And they consoled him and comforted him because of all the trials the Lord had brought against him. And each of them brought him a gift of money and a gold ring.So the Lord blessed Job in the second half of his life even more than in the beginning. For now he had 14,000 sheep, 6,000 camels, 1,000 teams of oxen, and 1,000 female donkeys.He also gave Job seven more sons and three more daughters.He named his first daughter Jemimah, the second Keziah, and the third Keren-happuch.In all the land no women were as lovely as the daughters of Job. And their father put them into his will along with their brothers.

From the above context,people who Job thought would stand by his side or encourage him through his toughest season in life, had turned their backs on him .Job’s heart of forgiveness and love, provoked God to restore and bless him twice, more than how he had blessed him, after he prayed for his friends. You might have been betrayed by people close to you, falsely accused, molested as a child, sexually abused, or dealt with unjustly for things you were not responsible for but are you consciously or unconsciously, letting in all manner of garbage to have hold of your life??

Please hear me out!!!No amount of bile will ever heal your wounds and no kind of revenge; will ever make you complete. When you allow all manner of negativity take hold of your heart, which is the well spring of life, you contaminate your whole system. You fail to give life to those who surround you or those who come into contact with you. Just like the Dead Sea which fails to support life, you fail to support life by what you allow to have dominion in your heart.

Let me ask you ,yes it was wrong, it was unjust, it was cruel and wicked, for any human being, to treat you the way they treated you but are you busy allowing all bitterness, anger and hate take root in your heart??? Are you gaining anything by living a lifestyle full of hatred, anger, bitterness and vengeance??Please hear me out!! You can’t take poison and expect the other person to die, choose to release any garbage by forgiving those who hurt you.

We all long to be forgiven when we’ve messed up and we all want a fresh start right!!! It only makes sense to give the thing we want the most away to other people.The same mercy and grace you need, is still the same mercy and grace for people who hurt you, need from God. The same way God will forgive you, is the same way God will forgive them. Vengeance belongs to God, not you taking matters into your own hands.

Job’s restoration did not come from a place of pity party or seeking after vengeance??His restoration came from a heart of repentance and freely releasing those who had turned their back on him by praying for them. His obedience moved the heart of God, to bless him with twice of what he had lost before.

I might not understand the pain you are going through now. From injustices you have faced, to heartbreaks you have encountered in life but one thing I know for sure is, there is power in releasing those who hurt you through forgiveness. As we come close to celebrate the birth of Christ, choose to release those who hurt you and do the unthinkable. Pray for them and ask God to bless and change them ,Call or text them up and stretch the branch of forgiveness or be a blessing by getting them a good Christmas gift with a heartfelt note full of love.If they reject or ignore your move to uphold peace,love or unity Jesus said in Matthew 18:15-17 “Moreover if your brother sins against you, go and tell him his fault between you and him alone. If he hears you, you have gained your brother. But if he will not hear, take with you one or two more, that ‘by the mouth of two or three witnesses every word may be established.’ And if he refuses to hear them, tell it to the church. But if he refuses even to hear the church, let him be to you like a heathen and a tax collector.When your conscious and heart is right with God!!!You are good

Refuse to stay captive by carrying forth offences. Go the extra mile and provoke God to move on your behalf, just as he moved in the life of Job, when he prayed for those who had turned their backs on him.

I have penned down Observing Through God’s Eyes and Offense!!! The Enemies Strategy which I believe are good reads to connect with this particular post.

Be a good steward of your influence.