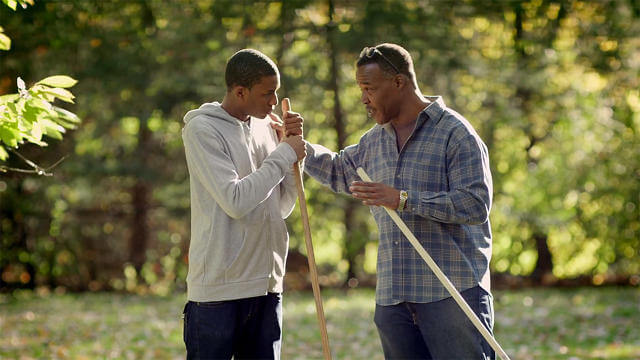 In a kings palace the king has his own family and there are servants who take the responsibility of taking care of his palace, his children or duties he delegates them to right!!!Now, no matter how wealthy, influential or powerful he is, he cannot entrust his 5 year old son to manage his wealth or his official duties no matter how much he loves his son. In Galatians 4:1-2Think of it this way. If a father dies and leaves an inheritance for his young children, those children are not much better off than slaves until they grow up, even though they actually own everything their father had. They have to obey their guardians until they reach whatever age their father set.

On the other hand, no matter how hard or smart the slaves work for the king and his household, they cannot enjoy the privileges his family enjoys from security, power, affluence to influence .Here is the catch, there is the son ship aspect and slavery aspect which are completely different. Once the king’s children are of age, mature and responsible enough, he can entrust his inheritance or his official duties to them with much confidence they will continue with the legacy.

What is legacy???   A gift by will especially of money or other personal property. Something transmitted by or received from an ancestor or predecessor or from the past. Bequest, inheritance, heritage, endowment, gift, patrimony, settlement, birthright.

From the above context, I have painted a clear picture the difference between a son/ slave and the privileges the son has that the slave does not enjoy. For us to enjoy our inheritance as God’s mature sons, we need to know and have a relationship with the Father. Jesus Christ secured that relationship for us, and we need to enter into it. We are heirs, those who inherit the promises of God, but if we remain as spiritual children we will not be able to handle all God has for us.Unless we mature, we are not better off than slaves.

The above 4 questions are very important to drive my point home. As a believer of Christ, the way you view the 4 questions I have listed, will determine whether you think and operate as a son or as a slave but the key root issue of how you think, starts from the nature of your heart and not your head. Our characteristics and behavior will help us identify to what extent we are acting out of a spirit of slavery and to what extent out of a spirit of son ship.On this post I’ll list down some factors that differentiate how a heart of a son is different from a heart of a slave is, from his attitude, his character, how he views God, how he values people to how he views life in general.

From the above points I hope and pray, you will allow the Holy Spirit to convict you and enable you change your mindset, your patterns and ways of thinking which might be hindering you from walking in your God given inheritance as His son.God has chosen you to be part of His family, to be among those who will engage with the earthly and the heavenly, the natural and the supernatural, in order to fulfill His Kingdom agenda.

Mirror on God’s word and embrace your identity as His son:-

For as many as are led by the Spirit of God, these are sons of God.

He who overcomes shall inherit all things,and I will be his God and he shall be My son.

And because you are sons, God has sent forth the Spirit of His Son into your hearts, crying out, “Abba, Father!” Therefore you are no longer a slave but a son, and if a son, then an heir of

And you have forgotten the exhortation which speaks to you as to sons: My son, do not despise the chastening of the Lord, nor be discouraged when you are rebuked by Him. For whom the Lord loves He chastens, and scourges every son whom He receives.”

And it shall come to pass in the place where it was said to them,You are not My people,’There they shall be called sons of the living God.

I will be a Father to you, and you shall be My sons and daughters, says the Lord Almighty.

For you are all sons of God through faith in Christ Jesus.For as many of you as were baptized into Christ have put on Christ.

When you know who you are ”God’s son” He  will inspire you to release your own creativity and the potential within you into His creation and become all that He created you to become.

God loves you and desires the best for you

How have you packaged yourself???