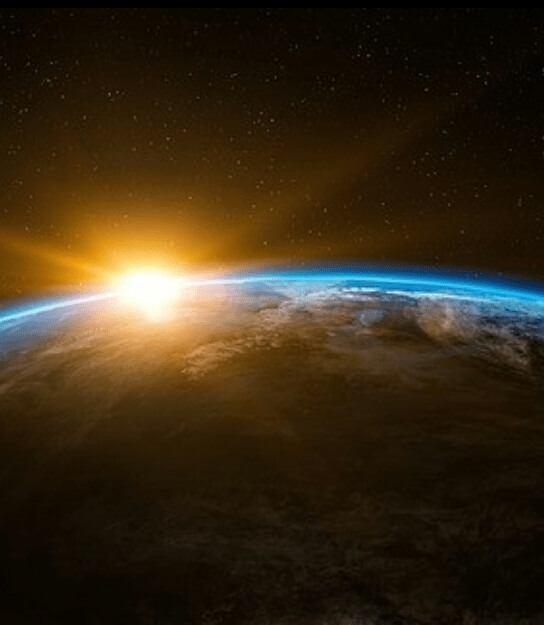 Each and every year there are major weather seasons, we are accustomed to.Here in Africa we have two distinct seasons – the rainy season, and the dry season while in other continents like America ,Europe or Asia there are four seasons: spring, summer, fall and winter, yet in all seasons we have day and night .We make plans on what to wear, when to plough our fields .when to travel for vacations, when to harvest and many other plans we make on yearly basis, based on different seasons.

Using the above illustration, you need to discover where you are in life and where you are going as an individual or even as a nation. Right now in Kenya ,we are in a political season but that does not mean, we will stay in this season forever. So, how do you discover where you are in life??Good question, you discover where we are in life, depending on which season you are in. From the time you were born to the time you will exit this world, you will have different seasons in life .Let’s look at  Genenis 8:21-22 And the Lord smelled a soothing aroma. Then the Lord said in His heart, “I will never again curse the ground for man’s sake, although the imagination of man’s heart is evil from his youth; nor will I again destroy every living thing as I have done.” While the earth remains, Seed time and harvest, Cold and heat, Winter and summer, And day and night Shall not cease.

God operates and manifests His glory in our lives through different seasons and His word, categorically indicates 6 major seasons that shall never cease :-

I believe there is someone reading this post and you are wondering, which season you are currently in. No matter where you are ,what you are doing or how old you are, trust me on this truth, you are either entering a season, in a season or exiting a season. For example, if you are in school pursuing a degree, that’s your season to invest, learn and sacrifice your time, in order to have your harvest, which will be your degree and later on get a good job. While you are in school that’s a season but it does not mean, you will stay in that season forever, seasons do change.

To be able to know where you are, what you are supposed to do, what God wants you to learn and where He wants you to go, you need to understand and appreciate your current season. On this post, I will focus on 2 seasons:-

So what is a night season??In our own human understanding, night means the time when it’s dark, everything is silent, towns/roads are deserted, it’s a time where we are alone and also a time, when we sleep and dream, dreams.

When you are going through a night season in your life, it’s a time of darkness.You will be unnoticed, you will go through challenges, your character will be tested and you’ll be alone yet God will birth in you, great dreams and ideas. During your night season,things will not seem to be working or mowing in your life, as you expect them to  but trust me on this!!! God is always working behind the scenes.

Looking at the life of Joseph in the book of Genesis chapters 39,40 & 41, he went through a night season when he was a slave at Potiphar’s house and also while he was in prison. His night season, spanned for years yet he never sabotaged what God had been depositing within him. He was a man of integrity, he was loyal, he continued to interpret dreams and he nurtured his seed, until God ushered him into the day season, when he was promoted from a prisoner to a prime minister.

So what is a day season???Day time is when there is light .People get to work, towns and cities are vibrant with life, it’s a time where we meet people and doors of opportunities are opened. When God ushers you into your day season, people will get notice of you, you will be promoted, honored, your dream/ ideas will start having positive impact and enemies of progress, will also take notice of you because everything will start blooming in your life.Get encouraged today that while you are in your night season,the dawning of a new day will surely come to pass when you steadfastly hold on God.

So what we can we learn from the life of Joseph during his night season:-

Genesis 39:21-22 But the Lord was with Joseph and showed him mercy, and He gave him favor in the sight of the keeper of the prison.  And the keeper of the prison committed to Joseph’s hand all the prisoners who were in the prison; whatever they did there, it was his doing. If you don’t work hard through your adversity, others may never see your true abilities. Give your best during your night season.

2.He was patient and never after instant recognition:-

Even though Joseph knew the Lord would bless him because of his dreams, he chose to endure the trials with patience, knowing the blessings would come. Keep your focus on what God has said in regards to your life despite tests and trials, during your night season

When Potiphar’s wife attempted to seduce Joseph, he chose to flee. He was true to his moral code, even though no one was around. Genesis 39:7-9 And it came to pass after these things that his master’s wife cast longing eyes on Joseph, and she said, “Lie with me. ”But he refused and said to his master’s wife, “Look, my master does not know what is with me in the house, and he has committed all that he has to my hand. There is no one greater in this house than I, nor has he kept back anything from me but you, because you are his wife. How then can I do this great wickedness, and sin against God?”In your night season, opportunities will definitely arise that will test your character. Be true to who you are, even in adversity, which is the true test of your integrity.

5.He was fully dependent on God:-

He never took credit of what He did, he always gave God the glory .Genesis 41:14-16 Then Pharaoh sent and called Joseph, and they brought him quickly out of the dungeon; and he shaved, changed his clothing, and came to Pharaoh. and Pharaoh said to Joseph, “I have had a dream, and there is no one who can interpret it. But I have heard it said of you that you can understand a dream, to interpret it.”So Joseph answered Pharaoh, saying, “It is not in me; God will give Pharaoh an answer of peace.” When God ushers you into your day season, give Him all the credit.

6.:While in prison, Joseph  continued to interpret dreams :-

Genesis 40:8  And they said to him, “We each have had a dream, and there is no interpreter of it.So Joseph said to them, “Do not interpretations belong to God? Tell them to me, please. Don’t sabotage your God given dreams and ideas during your night season, keep on refining them

Take note:-No season in life is a disadvantage, every season is a blessing. Learn to appreciate the season you are currently in but don’t be ignorant when the season is shifting. Joseph was able to know his season was shifting, when he changed what he was wearing while going to meet Pharaoh. Genesis 41:14 14 Then Pharaoh sent and called Joseph, and they brought him quickly out of the dungeon; and he shaved, changed his clothing, and came to Pharaoh.

If you are currently in a night season: get to glean from the experiences, God allow’s you to go through. Stop cursing and complaining about your current season, as I said earlier on this post, each and every season carries its own share of blessings, including your night season.There are places you will have to stay even though you are treated unjustly because there are commanded blessings and inheritance for you.

How I pray, God will bring you back into His divine alignment, purpose and assignment.

God desires the best for you and am praying for you

Which seeds are you busy sowing???