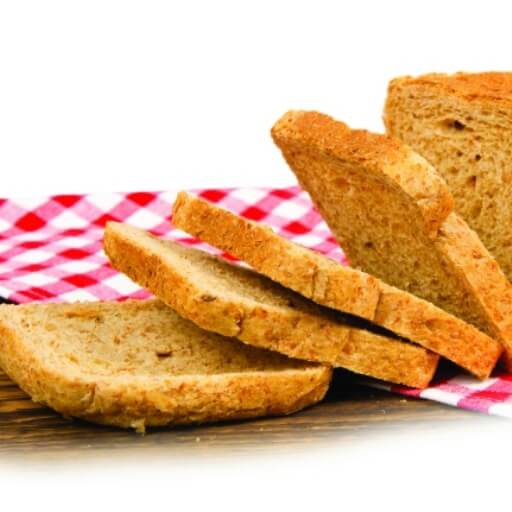 To all my Kenyan folks, remember the old days when Mkate wa Boffolo

was a real treat in your home as a family? Broadways Bread had so many slices that would fit a family of six to eight and to crown it all ,it was cheap, sweet and readily available. Shopkeepers would stock this bread in bulk and once you get it from the shelves early in the morning as fresh as it came, mama would make sure none lacked.We shared a healthy breakfast as families and that was the custom. The good old memories never fade easily but along the way, our perspectives and values might have changed.

Looking at the family set up, when kids are young and attending school the bond for  love, care and unity is very much evident but once jealousy, competition, strife, anger, un-forgiveness, comparisons rock the home when the kids are all grown up, things change.  Siblings who would share a loaf of bread, who would play together, share toys and would fight to protect their younger siblings in school, now hardly see each other eye to eye, hardly talk to each other, they are busy chasing each other in court rooms because of family wealth, they did not labor for and making matters worse, others are going far as killing their own siblings.

The trend that is taking on families is not a thing to look at and say that’s life, families matter to God. God is the author of families.All nations from African to European Nations,all were birthed from the foundations of a family.On this post, i will be focusing on solving family conflicts God’s way.Have you ever realized, there are many forms of conflicts but there is nothing painful like unresolved family conflict.

Let’s look at this real life story of Andrew

Andrew comes from a well up family, they are five kids in number He had a great childhood, his parents afforded to enroll them in good schools and from his family back ground, they had a comfortable life. Academically, they all performed differently some of his siblings were more sharp in school than some. During family meetings when His parents would sit them down and analyze their performance, his Father seemed to compare him with his elder sister who used to do very well in school. He never liked the idea because in real sense, he did His best. According to him he wished his Father would appreciate and encourage him to work harder than compare him with his siblings. After High school, some of his siblings managed to get scholarships to study abroad but for him he enrolled in a collage within the city because he did not qualify to study abroad.With this kind of upbringing ,Andrew embraced a negative attitude towards his Father.He knew His Father had favorites and that made Him one jealous son who was very bitter.

As I said earlier, his parents were doing well financially and through the years, they managed to build a thriving business empire.They had become a very influential and rich family in the society in the eyes of the community but there was unresolved conflict which was thriving in their home due to parents comparing their kids. Andrew developed into a bitter man who would do anything to gain His Father’s approval, who never took notice of Him. This led Him into hating his siblings who seemed to be his father’s favorites .This unresolved conflict continued thriving and there were cliques in Andrews  family, which to many seemed to be a perfect family. They would not talk well of each other and during family gatherings, there would always be misunderstandings which resulted to offense.You can read one of my previous posts “Offense” The Enemies Strategy i have divulge more on offense

Years later, Andrew’s father passed on and it was not business as usual, in Andrews’s family. The time boom which was brewing for years, finally exploded. What was hidden under the carpet finally came out in the open. Fights ensued and what looked like a perfect family was at war with each other. They were all grown up with families; some were doing well financially on their own while Andrew and one of His brother were busy managing their father’s businesses. His Father never left a will on how his estate would be managed among his children and this brought a lot of conflicts in the family, which spiraled out of control and the courts had to be involved to solve their family issues. It’s a heartbreaking reality,a family that once shared a whole loaf of bread together without any conflict, is now battling in court.

Coming to think of it,it’s sad whenever a couple in-love is planning to settle down and have a family, they never envision in anyway that their home might turn out to be battle field, if they don’t lay their foundation in God. God is the foundation for any home to stand despite of conflicts which may arise.Only God can inhabit in the hearts of parents and their children to have a peaceful home,notwithstanding conflicts that may arise once in a while.

So how do we manage family conflicts:-

1.Prayer:-There is no better way like solving family conflict on your knees.Only God has the power to change any situation,He alone has the power to heal emotional wounds and He has the capacity to change the nature of a tough heart Proverbs 21:1 The king’s heart is like a stream of water directed by the Lord;He guides it wherever he pleases.

2.As a Parent stop comparing your own children:-God blessed you with those children and anointed you to raise them up as responsible citizens ,who would fear God and fulfill their destinies.You are just a steward not an owner in raising your children, in real sense they belong to God.

3.Draw appropriate boundaries:-Appropriate boundaries are biblical and enable you to set limits while still loving the other person.To all mothers, when your son is of age PLEASE let the young man leave your house and by doing that, you are training him to be a responsible man,husband and father.  When it comes to in-laws , kindly have healthy boundaries especially if you are newly married.

4.Reach a solution as a team. When coming up with a solution for any conflict within the family,try to reach a consensus about which solution will best resolve the conflict. Be willing to negotiate, and encourage family members to be open to new solutions.

5.Appeal to the relationship:- When faced with family conflict, always affirm the relationship, and do all that you can to preserve it. To all Parents,when there are misunderstandings among your children, try your level best and solve them amicably with an assurance, you love your children equally. No Favorites.

6.Recognize your limits and relinquish the relationship to God:-At times you might face s conflict and you are willing to solve but the other party is unwilling to give a chance for forgiveness to take place. If you find yourself in a situation like this, do not give up. Continue to pray, to hope, and to love. “If possible,be at peace with all men” Romans 12:18 Do all that you can to live in peace with everyone. When you have done all that you can to restore the relationship but the conflict remains unresolved, release the relationship to God. You are free in Christ.

7.Identify the problem and confront it:-State the problem and determine who needs to work together, to develop the solution. When family members clearly identify a problem, they can begin to work on it. However, when people don’t acknowledge the problem, or avoid discussing it altogether, a successful resolution becomes impossible,hence unresolved conflicts.

Take Note:-Transformation doesn’t start with the other, transformation begins from within you. In this sense, conflict can always be an opportunity: for better communication, for a dialogue about issues that matter, for a more authentic relationship and for self-growth. Conflict is part of our life. It cannot be avoided. But it can be resolved, transformed, and experienced as a gift from life to become deeper and wiser individuals. Every day you learn a little bit more about how to love and how to be loved.

Families are God’s idea,and He is able to guard what you have entrusted to Him.

I Love you all and am praying for you