There is nothing obnoxious than being replaced because of your incompetence, be it in your career path, ministry or leadership. I believe there are instances where people have been replaced from their work stations due to some people not liking them or let me say the infighting’s we have in organizations due to blame games where nobody wants to own up their mistakes. But there is a thin line between being replaced due to your incompetence at what you are supposed to do and being replaced because of situations which are beyond your control.

I’ll focus on the tragedy of being replaced because of your incompetence. Let’s be real here there are people no matter how many warnings you’ll give them on being late to work, they will never come early and they will always have a reason, why they are constantly late to report to work. As much as we are trusting God to elevate us to the next level as believers, we need to up our game in doing things correctly even when we don’t feel like it. Most believers like to quote Proverbs 13:22 A good man leaves an inheritance to his children’s children,But the wealth of the sinner is stored up for the righteous. Which is not bad, but let me ask?

How on earth are we going to possess the wealth of the wicked, if we can’t accomplish simple tasks in the assignments we have every day? How will He entrust us with great responsibility to lead, if we are always cruising the blame game ship? How will He entrust us with power, if we are always bringing other people down, judging them and gossiping??

In the book of Esther 1 we have a clear illustration of how Queen Vashti declines to obey the command of the King and the King looks for a replacement because of her incompetence, to do what the King desired. According to my perceptive, i believe Queen Vashti had great influence over the King and that might be one of her reasons to disobey his command. Have you ever been in a situation where you work with people that take advantage of the leadership structure and there job qualifications, who hardly obey the rules of the organization??? They try to manipulate people in high places because of their so called job qualifications or as per their resume?? That was Queen Vashti case she knew she had the King at her finger tips but woe unto her, God had a replacement in order to fulfill His plan over the children of Israel.

Let’s look at Haman In Esther 3 He took advantage of the Kings trust he had towards him, to try and accomplish his own evil desire, which we all know never materialized but instead he was replaced with Mordecai. The whole story takes an interesting turn, when Haman falls into his own evil trap which he had planned for Mordecai .There are many instances that God has entrusted you with great responsibility or will entrust you with great responsibility but are you willing to be committed and competent in doing what He told you to do?? One thing we need to understand is, God is very patient but he does have replacements, when His children fail to line up with His word or constantly fail to obey His instructions.

Trust me when I tell you this, vision is much greater than that job you report to from 8am to 5pm but that job is necessary to refine your attitude, character and talents.

In Genesis 39 we have Joseph whose integrity was greatly tested at Potiphar’s house and while in Prison,his organizational skills to work rather than being sorry for himself refined his leadership skills to lead Egypt as the Prime minister. Every opportunity that Joseph got no matter how humiliating, he choose to give his best shot.

So, if that was the case of Queen Vashti ,Haman and Joseph, does it paint a picture to us believers, on how we need to give our best in whatever we are entrusted to do and not taking advantage of our situations and positions?

Most of the times the children of this world seem to go ahead which ought not  be the case.As believers  we have a greater advantage of having the Holy Spirit to guide and help us through.Don’t despise the small beginnings, remember God rewards faithfulness and not disrepute. We need to win souls for God’s Kingdom and to transform lives positively, in regards to the lifestyles we embrace but are we willing to go through the refining process?

Poor is he who works with a negligent hand, But the hand of the diligent makes rich.

The plans of the diligent lead surely to advantage, But everyone who is hasty comes surely to poverty.

Now the man Jeroboam was a valiant warrior, and when Solomon saw that the young man was industrious, he appointed him over all the forced labor of the house of Joseph.

So the workmen labored, and the repair work progressed in their hands, and they restored the house of God according to its specifications and strengthened it.

“Let it be known to the king that we have gone to the province of Judah, to the house of the great God, which is being built with huge stones, and beams are being laid in the walls; and this work is going on with great care and is succeeding in their hands.

In all labor there is profit, But mere talk leads only to poverty.

She girds herself with strength And makes her arms strong.

But now finish doing it also, so that just as there was the readiness to desire it, so there may be also the completion of it by your ability.

The hand of the diligent will rule, But the slack hand will be put to forced labor.

Therefore, my beloved brethren, be steadfast, immovable, always abounding in the work of the Lord, knowing that your toil is not in vain in the Lord.

Let us not lose heart in doing good, for in due time we will reap if we do not grow weary

Servants, in everything obey those who are your masters on earth, not only with external service,as those who merely please people, but with sincerity of heart because of your fear of the Lord. Whatever you do (whatever your task may be), work from the soul (that is, put in your very best effort), as (something done) for the Lord and not for men, knowing (with all certainty) that it is from the Lord (not from men) that you will receive the inheritance which is your (greatest)reward. It is the Lord Christ whom you (actually) serve. 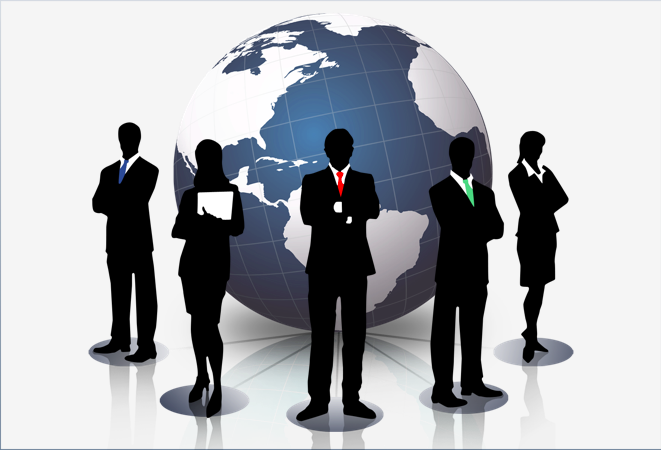 You must accept that you might fail; if you do your best and still don’t win,at least you can be satisfied that you tried BUT If you don’t accept failure as a possibility!!!! You don’t set high goals,You don’t branch out,You don’t try and finally you will never take the risk to your NEXT LEVEL.

God Desires The Best For You.

Be saturated with God's Love to Reach out to the lost world.